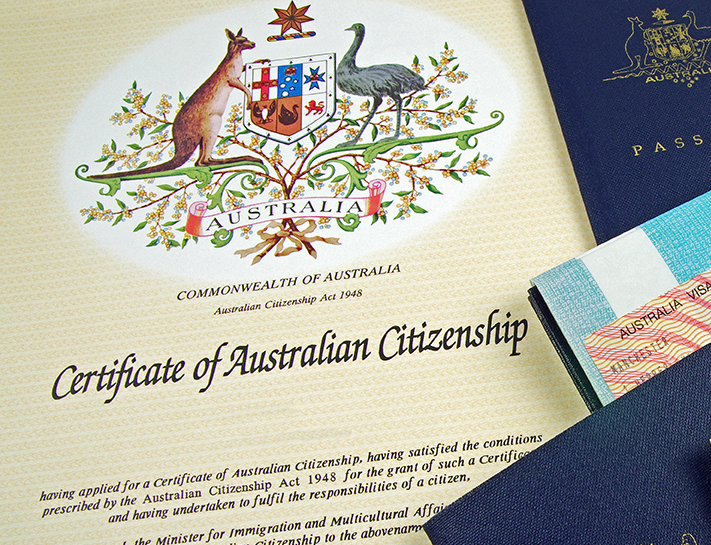 20 Jun ​What are the proposed changes to Australian Citizenship?

Posted at 13:14h in Featured by Erica Carneiro

On Tuesday (20 June) Labor announced they were going to block these changes proposed by the Government for Citizenship laws. The Coalition will have to fight to pass these tough new rules ahead.

The Opposition spokesman for citizenship, Tony Burke, raised several concerns:
– He said the proposed new English test was a “bizarre act of snobbery” and many Australians would struggle to pass it.
– He criticised the Government’s push to make permanent residents wait four years before applying for citizenship, saying many applicants already faced long waits under the current laws.
– In addition, he reinforced that this is a big change in how this country operates, and a change that Labor cannot support.

The Greens have already vowed they will also vote no, which means the Government will now have to negotiate with the Senate crossbench in order to make it law.

Mr Dutton said he would not water down the proposed laws.

The proposed changes were introduced to parliament last week and they have not passed as law yet.

Below we have prepared a summary of what we believe are the most important changes proposed and those which are most relevant to our readers.

– Requirement to reside in Australia:

The proposed change would require the applicant to have lived in Australia for at least 4 years while holding a permanent resident visa.

There would be circumstances in which this requirement may be waived.

– Requirement to have “Competent” English

At the moment applicants for Australian Citizenship need only to demonstrate “Basic Knowledge” of English. The proposed changes would require applicants to have “Competent” English.

There is no definition yet of what competent will mean, but if you look at other areas of Migration Law, you will see that this could mean an IELTS score of 6 in each component.

There is a lot of detail not published about this, but it appears that the test will get harder, and the Migration Institute of Australia said that “while not contained in the (proposed) amendments, it has been announced that after three failed attempts at the test, applicants will be barred for two years from re-taking the test.“

– New requirement for applicants to be “Integrated” into the Australian community

This would be a completely new requirement, and there is not a lot of details about it yet, other than some information released hinting at this being something like:

If an application for Citizenship is refused and the applicant takes it to the AAT (Administrative Appeals Tribunal), and the AAT approves the application, the Immigration Minister may get the power to overrule that decision, if the Minister doesn’t think the decision is in the national interest.

This process would be “transparent” and involve discussion.

An article from The Guardian on Citizenship said: “Peter Dutton says this measure is necessary because the AAT has made some questionable rulings in the past. This would uphold his role, as immigration minister, in representing the Australian community and protecting its interests. He says he would use the power sparingly and any decision to overrule the AAT would be transparent because he would have to provide a statement to parliament within 15 sittings days of the decision being made.”

This proposed change is causing concerns however: the president of the Law Council of Australia is particularly worried, saying the independent citizenship decisions made by the AAT would be at risk of being under excessive Ministerial powers.

Children born in Australia are not automatically granted citizenship, as is the case with many other countries.
But if the child resides in Australia for 10 years after their birth there are pathways to citizenship.
This would, with the proposed changes, include exceptions:

We hope this helps clarify some of the proposed changes.

Keep an eye on our website and Facebook page – if and when the bill passes we will let everyone know.