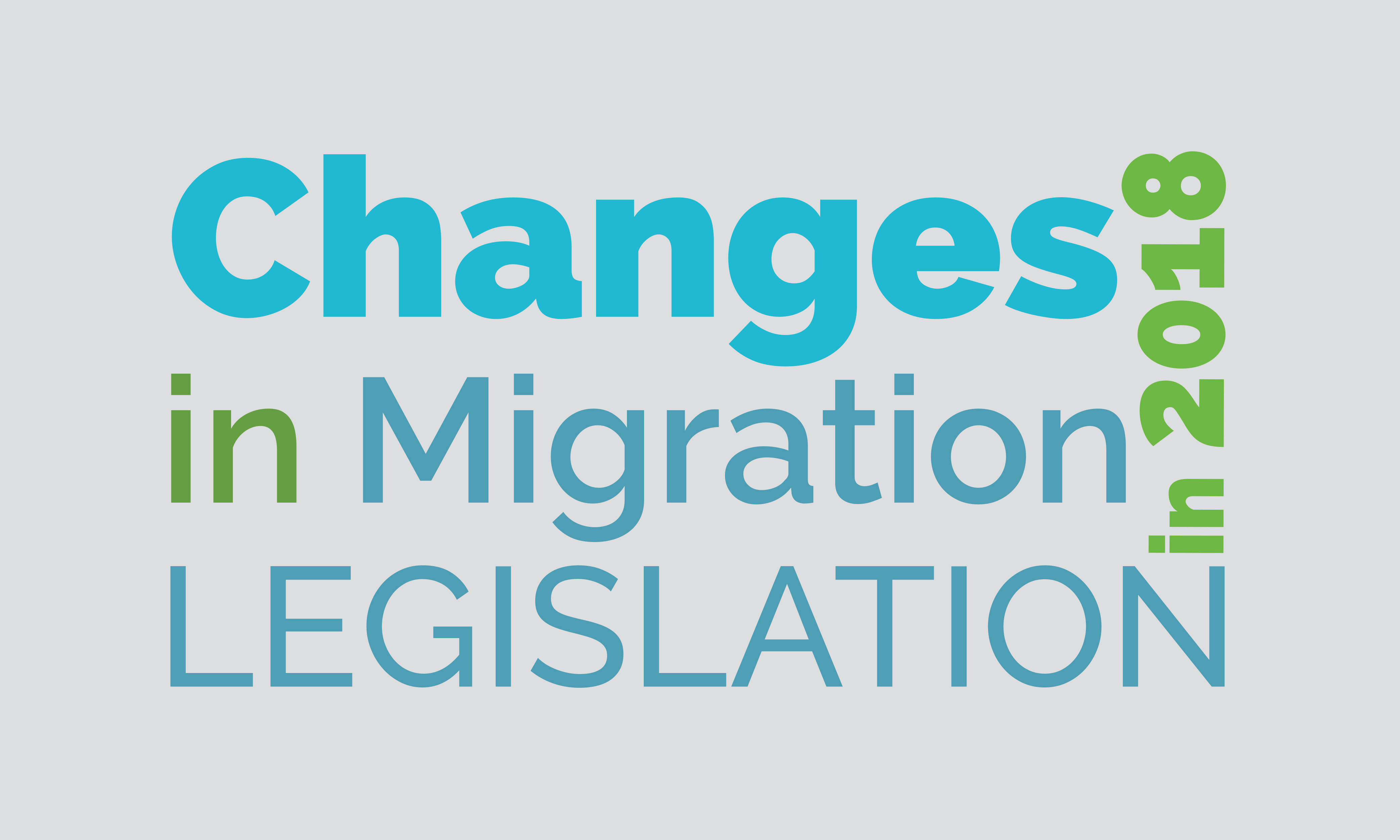 11 Dec Changes in Migration Legislation in 2018

Posted at 18:25h in Featured by Erica Carneiro

Recap of the most important changes:

A lot of the changes announced by the Australian government in 2017, with relation to Employer Visas, have been implemented on the 1st March 2018:

Applicants must be under 45 when applying for a Subclass 186 ENS or a 187 RSMS Permanent Visas.

The 186 ENS Visa is now only available to applicants whose occupations are on the Medium and Long-term Strategic Skills List (MLTSSL) , for the Direct Entry and the Termporary Residence Transition (TRT) Streams.

There are transitional arrangements in place to people who held, or had applied for, a 457 visa on or before 18 April 2017. When applying for a 186 via TRT they are not bound by any occupation lists and they can apply right after 2 years.

Be careful though and seek professional assistance when trying to find out if as the transitional arrangements apply to you. We have seen people who thought they couldn’t apply for a permanent visa anymore, when they actually could under the Transitional Arrangements.

The Regional Employer visa has a new occupation list, the ROL and this vis now requires applicants to demonstrate they have at least 3 years of full time work experience (or part-time equivalent) in the same role being offered.

Despite the announcement in 2017 that the 457 visa would cease to exist in March 2018, it did not happen on the 1st March, as many people had thought and the visa was replaced only on the 18th March.

After having been created in 1996, the 457 visa program became one of the most successful visa programs in the history of Australia, in the sense that it allowed Australian employers to hire overseas talent via a visa that was processed fast and had reasonable requirements to be met.

In recent years however, many employers abused the system and many visa holders as well, leading the government to abolish the program and replace the visa with the Subclass 482 TSS Visa.

Maybe it would have been more effective to increase monitoring and weed out the employers abusing the system instead of abolishing the visa altogether, but so far the TSS visa is working well and it has been processed much quicker than the 457 had been in the last years.

The new TSS 482 visa is very similar to the 457 and will still provide employers with access to foreign workers, but there are several differences in requirements:

* Don’t forget that Transitional Arrangements may apply to some people.

* employers turning over more than $10 million a year must pay $1800 per year of proposed visa in full at the time of the application. So an employer sponsoring an employee for 4 years will have to pay $7,200.00

* employers turning over less than $10 million a year must pay $1200 per year of proposed visa in full at the time of the application. So an employer sponsoring an employee for 2 years for example will have to pay $2400.00

Requires a one-off payment of $3,000 or $5,000 depending on the business’ turnover, again if it is under or over $10 million respectively

Western Australia, after having considerably reduced their support to skilled migration in recent years (by shrinking the size of their occupation list and keeping only a few health professions there, as well as by removing Perth from the RSMS program), announces that there will be a new pathway for professionals seeking a State Nominated or Sponsored Visa in the General Skilled Migration Program.

The new pathway will be offered to Graduates of Western Australian Universities.

Minimum time of study is 2 years and applicants still need to meet all the other requirements of the visa they are applying for such as Skills Assessment in the occupation nominated and points test.

The list is quite generous with some occupations only available to Master Degree or PhD graduates, but with several available to Bachelor Degree graduates too.

The government also announced changes to the Working Holiday Visa program in the lines of:

– There is now an option of a third year for Working Holiday Maker (subclass 417) visa holders who, after 1 July 2019, undertake 6-months of specified work in a specified regional area during their second year of stay

– Work and Holiday Visa Subclass 462 holders will be able to work in more areas undertaking regional plant and animal cultivation work to be able to apply for a Second Year Visa.

Peter Dutton resigned from the Immigration Portfolio after taking part in the manouvers to remove Malcolm Turnbull from the post of Prime Minister.

Despite of all this happening, and the Prime Minister saying on television it’s time to cut down migration numbers (his exact words were “Enough, enough, enough”), invitation numbers under the SkillSelect increased with the new Financial Year since July.

Last financial year saw around 600 invitations per month for the Subclass 189 Skilled Permanent Independent Visa and 489 Provisional Regional Sponsored Visa, but we have started with 1000 in July and 2500 every month since.

The government also decided that there would only be one round of invitations now and that would be every 11th of the month.

Update on the Temporary Parent Visa

This visa has been anxiously awaited by permanent residents and citizens alike whose parents live overseas. The visa will allow parents to visit their families in Australia for a continuous period of up to five years. The cost is higher than a regular tourist visa but way cheaper than a Contributory Parent Visa, and may fit the needs of some people.

Please keep checking our blog and Facebook page for updates when this visa is formally released.